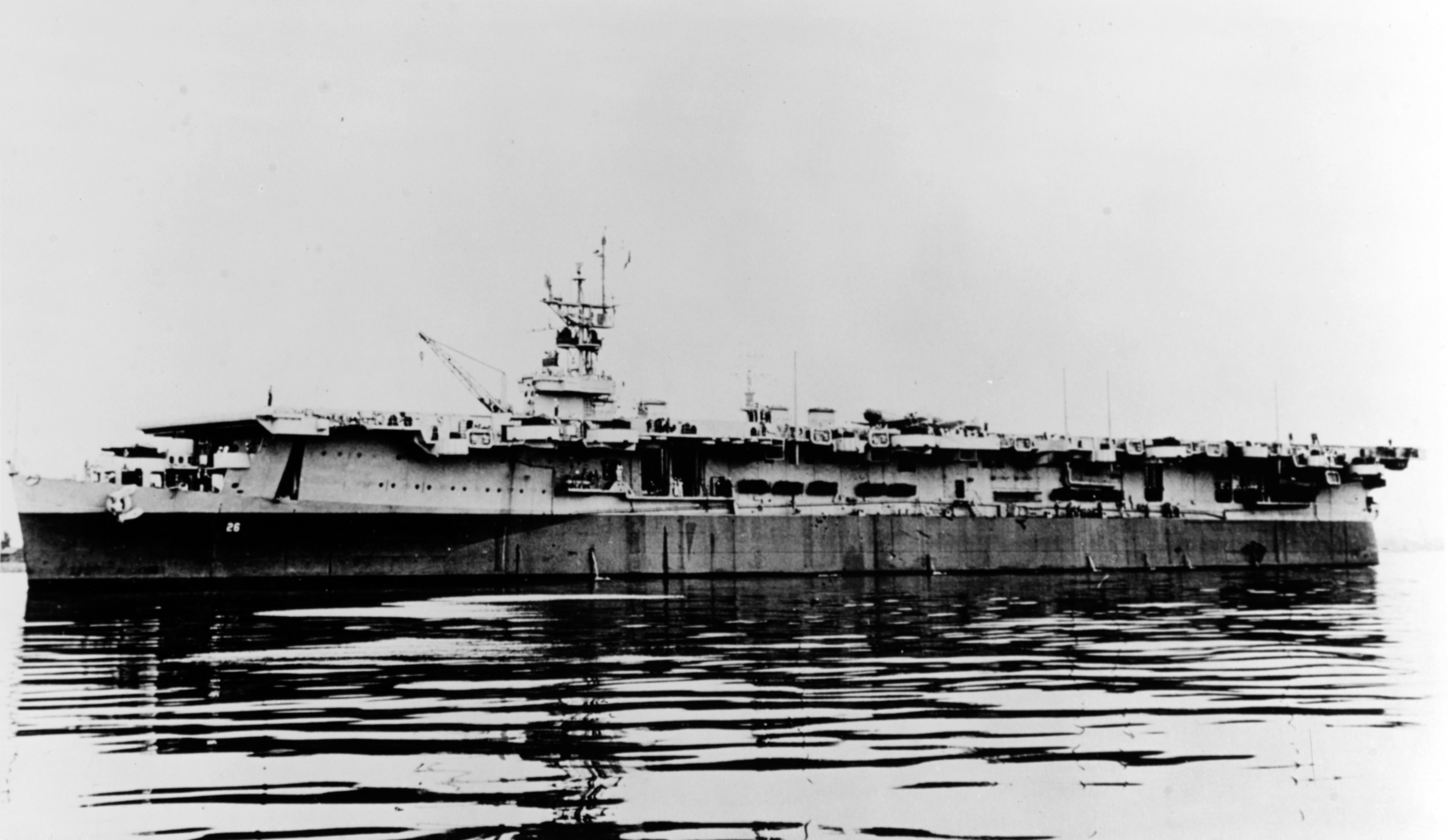 Monterey was reclassified CVL-26 on 15 July 1943, shortly after commissioning, and, after shakedown, departed Philadelphia for the western Pacific. She reached the Gilberts 19 November 1943, in time to help secure Makin Island. She took part in strikes on Kavieng, New Ireland, 25 December, as part of TG 37.2, and supported the landings at Kwajalein and Eniwetok until 8 February 1944. The light carrier then operated with TF 58 during raids in the Carolines, Marianas, northern New Guinea, and the Bonins from February through July 1944. During this time she was also involved in the Battle of the Philippines Sea on 29 and 30 April.

Monterey then sailed to Pearl Harbor for overhaul, departing once again on 29 August. She launched strikes against Wake Island on 3 September, then joined TF 38 and participated in strikes in the southern Philippines and the Ryukyus. October through December 1944 were spent in the Philippines, supporting first the Leyte, and then the Mindoro landings.

Though enemy planes had been unable to damage Monterey, she did not complete her first full year of service unscathed. In December, she steamed into the path of a howling typhoon, with winds over 100 knots. At the height of the storm, which lasted 2 days, several planes tore loose from their cables, causing several fires on the hangar deck. Monterey arrived Bremerton, Wash., for overhaul, in January 1945. She rejoined TF 58 and supported Okinawa operations by launching strikes against Nansei Shoto an d Kyushu from 9 May through 1 June. She rejoined TF 38 for the final strike against Honshu and Hokkaido from 1 July to 15 August.

She departed Japanese waters 7 September, having embarked troops at Tokyo, and steamed home, arriving New York City 17 October. Monterey left behind an impressive and enviable war record. Her planes sank five enemy warships, and damaged others. She was responsible for the destruction of thousands of tons of Japanese shipping, hundreds of planes, and vital industrial complexes. She was assigned "Magic Carpet" duty, and made several voyages between Naples and Norfolk. She decommissioned 11 February 19 47, and was assigned to the Atlantic Reserve Fleet, Philadelphia Group.

With the outbreak of hostilities in Korea, Monterey recommissioned 15 September 1950. She departed Norfolk 3 January 1951, and proceeded to Pensacola, Fla., where she operated for the next 4 years under the Naval Training Command, training thousands of naval aviation cadets, student pilots, and helicopter trainees. Between 1 and 11 October 1954, she took part in a flood rescue mission in Honduras. She departed Pensacola 9 June 1955, and steamed to rejoin the Atlantic Reserve Fleet, Philadelphia Group. She decommissioned 16 January 1956. Reclassified AVT-2 on 15 May 1959, she remains berthed at Philadelphia into 1969.